Hi there everyone! I know I haven’t posted since the beginning of November’s video blackout challenge. This is for two reasons:

Wait, wait, what do you mean the November challenge is still happening?!?!

Let me explain. Remember way back in November, how I explained some of the ways I was preparing myself for the video blackout challenge (putting parental controls on the TV, blocking websites on my computers, and the like)? Well, I found some of those to be so helpful that I decided to keep them.

As you all know by now, I’ve struggled with my relationship with television for a long time. Part of that struggle, I’ve learned, are my own internalized beliefs about television that elicit feelings of guilt whenever I feel like I watch “too much” (though, admittedly, that threshold is fuzzy at best). But my own warped sense of television notwithstanding, I still feel like I watch(ed) more than was helpful for me or normal for most people. In November, I unplugged in a very serious way – no video media whatsoever all month.

I ended up listening to A LOT of podcasts and audio books. I also started and finished 4 books in November. I seriously stepped up my crafting game (more on this later) and spent more quality time with my friends. I realized that there were so many activities I enjoyed doing that had nothing to do with watching TV, in fact where TV actually got in the way of those things. Though there were plenty of times where I felt bored or lonely, there were also plenty of times when I felt perfectly happy and fulfilled.

This led me to a greater realization – watching TV (like all behaviors) meets many kinds of needs for me. It is an easy way to pass the time especially when I’m alone, hence why the two most common negative experiences of the challenge were feeling bored and lonely. However, TV isn’t the only thing that can meet those needs – so can going out with friends, talking on the phone, starting a project, getting lost in a good book, going to the gym, cooking an elaborate meal, learning a new craft, working, and the list goes on and on! By far the biggest challenge of November was not necessarily going without TV, but in identifying the needs that TV usually meets for me, and in confronting them during intense moments when I most wanted/needed TV as an immediate balm but couldn’t actually have it. In those moments, I really had to dig in and really think about what I needed rather than brainstorm ways to break through my own TV firewall.

And that brings me to now. After November was over, I was sure that I wanted to keep giving the challenge a try, but to modify it so that I could watch some TV at certain times. What I ended up doing is relaxing the site blocking software on my computer so that I could watch online shows and movies during certain times of the day, but maintaining the parental controls on our television so that I wasn’t tempted to sit on the couch and veg out in front of the TV for hours. So far, I’m very happy with that choice. I think this will be more than a month-long challenge – but hopefully I’ll reach a point where I can meet my needs through other means so that the desire to watch television all but fades from my mind.

Now, on to December’s un-postable challenge!

December’s challenge was given to me several (I mean it, SEVERAL) months ago by my long-time friend, Paul.

Paul is one of those people who are just so cool, without even trying.

Back in the summer, I was chatting with Paul on the phone and telling him all about the blog and my latest challenge. His idea for a challenge was far away, but so very cool (as per usual, amirite?). He wanted December’s challenge to be about the holidays, more specifically, he wanted the challenge to be about simplifying the holidays and making them less commercially motivated. He recalled how, in prior eras, Christmas gifts were not about buying cheap things that someone didn’t really need. They were about showing care and gratitude. For most people, gifts were probably modest as well – just a couple carefully made or purchased items for loved ones.

Paul wanted my holiday gift-giving to be motivated by the same spirit that came before the days of shopping malls and globalization – one or two home-crafted gifts worth only a modest amount of money (we settled on no more than $15 per gift) but worth much more in my time and effort. The idea behind the challenge was to make the act of gift-giving a slower, more careful and deliberate experience.  With this challenge, I couldn’t spend one afternoon at the mall and get a gift for everyone on my list. I needed to think ahead of time about what I would be able to make, what my loved ones would like to receive, and what supplies I would need. I needed to give myself plenty of time to make all the gifts (and re-make them in the event that I messed up). I had to invest more thought, care, and time into each individual gift than I otherwise would have. Since I was given this challenge in the summer, I had plenty of time to figure it out. By October, I began making all my gifts.

Hence why I couldn’t post updates from the December challenge – I couldn’t post pictures of the gifts I was making because my family and friends would see what they were getting!

But the wait is over. Here are (most of) the gifts I made for December’s “Slow Down the Holidays” challenge, in no particular order: 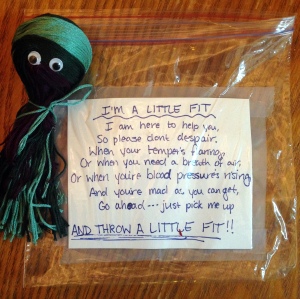 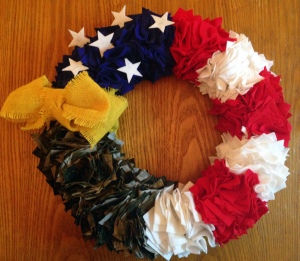 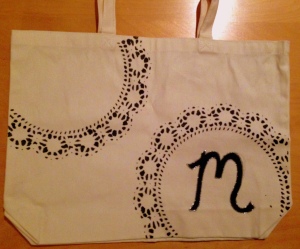 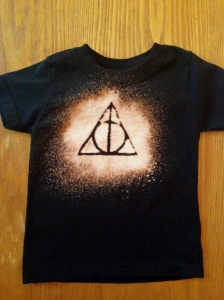 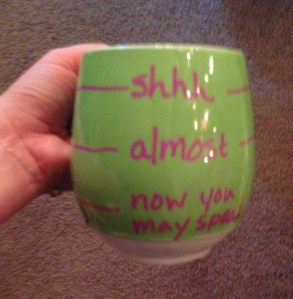 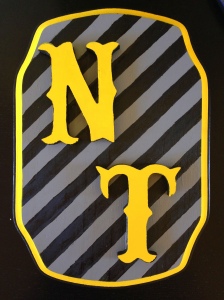 All in all, I am pretty proud of these gifts. I really tried to step up my crafting game for these, and not being distracted by TV in November was a powerful motivator. As I was working on each of the gifts, I thought about the person who was getting them. I thought about how much I hoped they would like them and silently feared that they wouldn’t appreciate them. It was so nice spending that time reflecting on my family members and friends, thinking about all the joy they bring to me, then trying to transfer that love into a homemade gift for them.

So, as December winds down, I can’t help but think about what a great year it’s been, and how for the last 6 months these challenges have been the source of so much personal growth for me, even if only in the form of knowing that, no matter how ‘small’ the challenge is, I still learn something about myself and the world.

In the new year, I’ll give you a re-cap of past challenges and what lessons/habits I’ve kept up as a result of those prior challenges. I’ll also tell you all about January’s challenge – daily acts of kindness.

One thought on “What happened?!?! TV, Holidays, and Happiness”